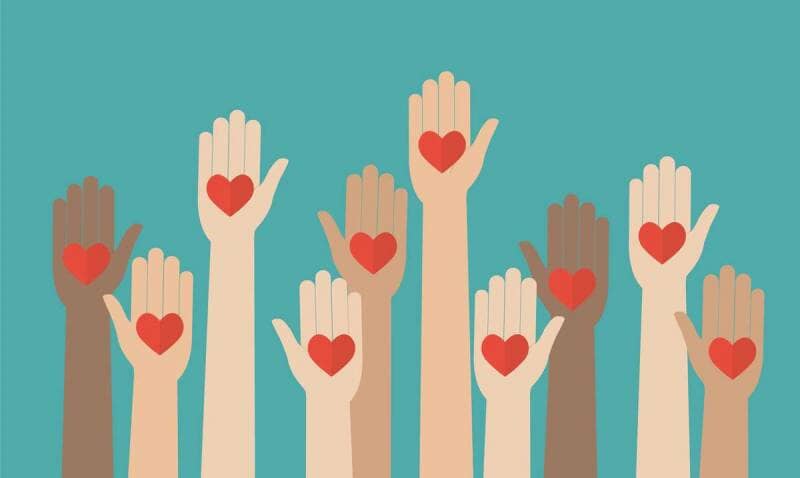 It didn’t take long for Corinne Fratianne to grasp the meaning of the decades-old idiom, “Nurses eat their young.”

During an undergraduate clinical rotation, Corinne did not perform a task to the exact preference of an experienced superior, who then made it known in front of Corinne’s peers.

“She called me out in a room full of other nurses; I just took it and walked away,” Fratianne says. “I didn’t know how to speak up for myself.”

Research shows this kind of behavior is prevalent among nurses in the workforce. A 2014 data review of 135 research articles worldwide found that 40 percent of nurses experience bullying, and additional surveys show much greater rates among newly licensed nurses.

Fratianne worked with three other College of Nursing students on a capstone evidence-based education project focused on workplace bullying—also known as horizontal violence. She says the topic deserves more attention in nursing schools.

“I’m surprised at how little it’s spoken about, but if you ask any of the students working on floors now, they can talk about it.”

In 2011, at the request of the Centers for Disease Control and Prevention’s National Institute for Occupational Safety and Health, Dr. Gillespie developed an initial series of interventions for undergraduate nursing students. Now, he’s working on an expanded version of those interventions that educators can use in the classroom or online with undergraduate or graduate students.

The interventions, tested in several UC classes this past school year, provide real-world examples of horizontal violence within the context of certain nursing degree programs. Students read a case study, discuss it within groups or on online discussion boards and complete an individual assignment.

“We’re trying to branch out into different courses so that (horizontal violence) is brought up multiple times throughout students’ nursing education,” Dr. Gillespie says.

He recently completed a series of interviews with College of Nursing faculty who tested the pilot case studies, along with the students who participated. Next, he aims to secure a larger grant from NIOSH to test interventions in additional nursing schools.

The earlier students learn about horizontal violence in the workplace the better, Dr. Gillespie says. As in Fratianne’s case, many students are exposed as soon as the second year of their undergraduate studies when they begin their clinical experiences.

“By the time they’re at their job, it has become a workplace norm. They think they need to suck it up,” he says. “If we can tell them early it’s wrong and not appropriate, then they learn how to interact and know it’s not an acceptable behavior.”

The newly created interventions follow Dr. Gillespie’s initial program, the results of which were published online in the Journal of Nursing Education and Practice in February 2017. The study concluded in part that, “If the program encompasses multiple years and multiple courses … nursing students are likely to be presented the content elsewhere in their nursing curricula,” which could increase adoption of the skills learned.

In the same publication, titled, “‘Nurses eat their young’: a novel bullying educational program for student nurses,” Dr. Gillespie and fellow researchers touch briefly on the likely reasons horizontal violence occurs at such a rate within the nursing profession, using the term “oppressed group behavior.” Essentially, nurses’ lack of power in health care environments causes them to adopt oppressive behaviors against other nurses.

“Without intervention,” the publication says, “bullying will continue to be passed down from one generation to the next.”

Assistant Professor Carolyn Smith, PhD, RN, who has worked with Dr. Gillespie on previous workplace violence research, and Associate Professor of Clinical Nursing and Interim Doctor of Nursing Practice Program Director Richard Prior, DNP, FNP-BC, FAANP, tested one of the pilot case studies in their undergraduate capstone course. The case study provided students with a scenario in which communication within a group of nurses working together on an evidence-based practice project devolved into bullying and incivility.

“The case study was fitting, because that’s what capstone projects are—evidence-based group projects,” Dr. Smith says. “That gave us a great example to open dialogue, and it was a great learning experience in terms of how you negotiate group projects, about setting expectations and the importance of doing that up front.”

In addition to the group discussion, students completed a written reflection, which asked them to describe a time when they experienced horizontal violence, and also choose a prevention strategy from the American Nurses Association’s official position statement to integrate into their practice.

“This is definitely a step in the right direction in educating our students and providing them with resources and tools for practice,” Dr. Smith says. “It’s a bigger issue, but the long-term goal is that by training the newer generation of nurses that this is not acceptable, we will see less and less horizontal violence.”

This past year, Dr. Smith was chosen to join the ANA’s #EndNurseAbuse Professional Issues Panel, dedicated to addressing barriers to reporting violence and abuse in health care settings.

Smith’s former student, Fratianne, collaborated with Emily Hoff, Jennifer Nguyen and Krista Hood to develop a presentation on horizontal violence for their peers in their capstone course. The group members graduated with their Bachelor of Science in Nursing in April 2018.

Before they completed their degree, each said they felt more confident and better prepared to turn the tide in health care.

“Education and self-awareness are big parts of preventing horizontal violence and getting the confidence to address it,” says Nguyen. “If you already know who you are and what you stand for, then being able to recognize this stuff, it’s not hard to stand up to.”

Hoff adds, “I look forward to being an older nurse and being kind and welcoming to students. I want to be the one who is a good teacher and gives a lot of grace.”